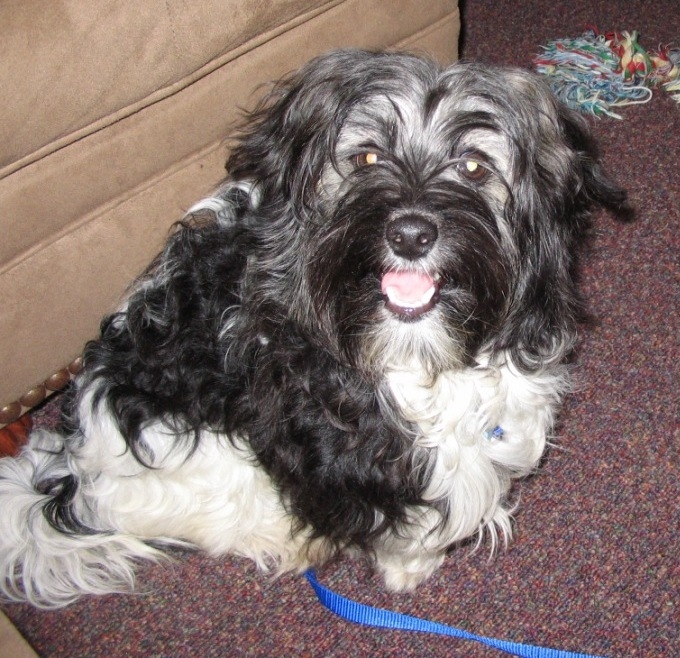 ADOPTED! The first thing you notice about Sampson is his adorable face. How could anyone walk away from that bright little face? That's what happened though. This nine month old came to HRI from a shelter where he was left after not being house trained. Sampson is working on that now. (Someone must have forgotten to tell his first family that Havanese can sometimes take a long time to house train.)

Originally rather shy, Sampson has warmed up nicely to his foster family. He loves to give gentle kisses. Curling up  next to his foster mom while she's busy makes him very happy.

At only 9.5 pounds, Sampson is a little guy. That doesn't stop him from tackling dried leaves he found hiding behind the outside door. Sampson likes to pull one from the small pile and run with it into the yard where he jubilently shreds it. He's such a helper! 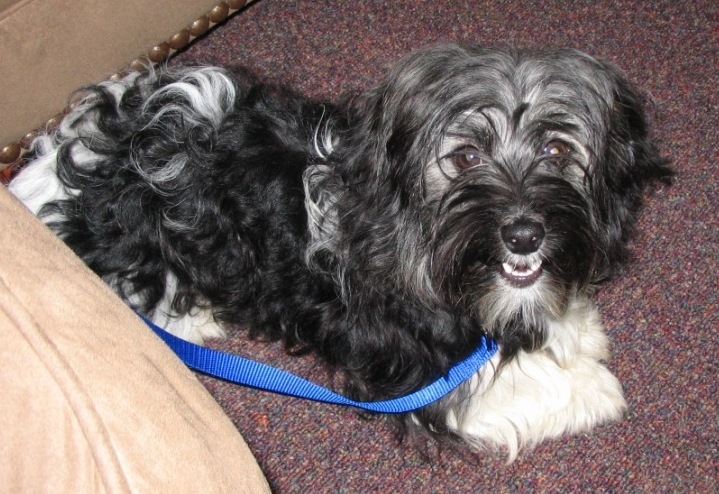 Sampson is being fostered in Ohio.