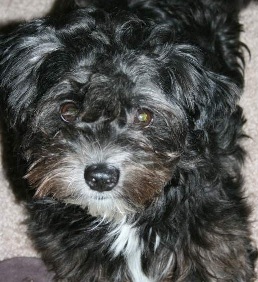 Our sweet boy, Schmoopy, from Havanese Rescue crossed the Rainbow Bridge almost 4 weeks ago. He was the best pup ever.

We learned so much from him. My husband learned what true pet companionship and love is like because of him.

I'm so thankful for the 10 1/2 years we had him. There will never be another Schmoopy like him. 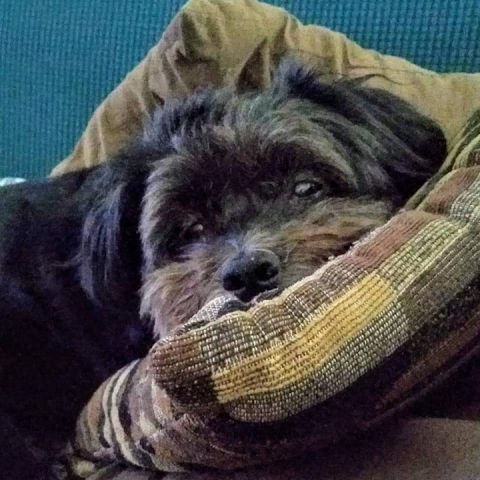 Freddie, named for the lead singer in the B-52's, is a Havanese-terrier mix, about 1 year old and a sweetie pie!!!  He sure made himself right at home in his new foster home, where he will complete his "housetraining".

Freddie has been to the vet and was given two paws up for being so healthy!  He's topping the scales at 18 muscular pounds.

He sits up and waves his paws when he wants something---it is so cute! And he has a huge, goofy grin which he shows off when you say "Freddie Smile" in a high pitched voice, too funny! What a clown!!

Freddie came from a home that had dogs, cats and kids so he will be a great addition to someone' home and complete a full house! He loves to rough house and will pick up toys and run, trying to get you to chase him!

Freddie will be looking for his new forever family very soon. He is currently being fostered in Mississippi.