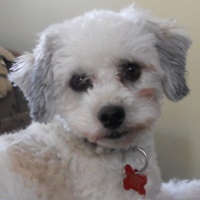 Guido ran to the Rainbow Bridge in May 2021. His mom said he is irreplaceable. This sweet boy will be missed!

"He was with us for 10 years and passed in May. He was a very talented and smart dog. He had several health challenges but he lived a happy life. 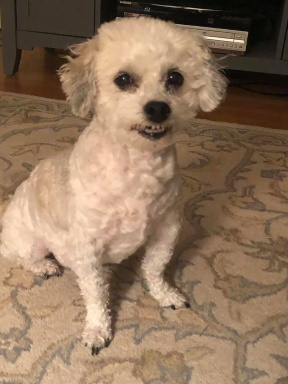 This handsome little man is Guido. He weighs in at a svelte 12 pounds. He’s a smart Havanese, and at some point someone taught him tricks. He knows sit, down, shake, roll over, and dance! He loves to perform!

Guido simply loves everyone! He is a very happy and outgoing dog, welcoming everyone with a little bark, a tail wag, and a big smile on 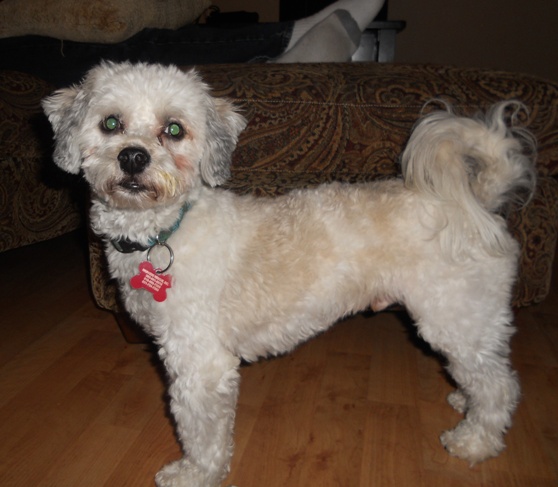 his face. He loves going on car rides and a walk around the pet store. His favorite place when relaxing is on the back of the couch or chair. Guido is a fun little dog.

Guido is what they call a white and sable parti color (very pretty). His foster mom thinks he’s a very smart boy and learns fast. In addition to performing his tricks, he knows "lay down" and if you throw a toy, he’ll go get it and bring it back to you. He loves to give doggie kisses too.

He’s good with going potty outside. Guido’s foster mom says he’s a very happy-go-lucky little guy and very affectionate. His favorite spot is on the back of the couch so he can keep an eye on everything around him.

Guido enjoys playing with the other dogs in the house, but he doesn't like cats. He’s had to learn not to chase them or bark at them. He doesn’t think they are much fun at all! Guido is good with having a bath and being brushed too.

Guido is ready for his forever home, and promises to love and give lots of kisses but wants to reserve a lap and the back of a couch to relax.

His wish in a forever home would be another dog to play with as Guido loves to play, but no cats. Children are okay too.

He’ll thrive with a patient and loving family and only wants love, attention, lots of toys, and a dedicated family in return. Guido will make a wonderful companion for some family lucky enough to have him.

Guido is being fostered in MN. 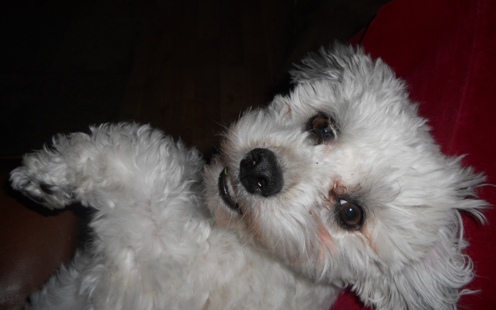